Wheeeeeeee finished. for now. turning it in, anyway. not too shabby. ohhhh lack of sleep.
Posted by Lauren Sparks at 2:04 PM No comments:

eeeeh. assignment for animation 2... been working on this for a week or so, this is actually the 3rd go-over. it looks ok for now- the spine shimmies a bit, and something's funky with the drag on the arm 2nd step. got some good advice from Debra, Troy and Jacques, but it needs more tweaking.
Posted by Lauren Sparks at 5:13 PM No comments:

a case of murder (pick a scene cont.) 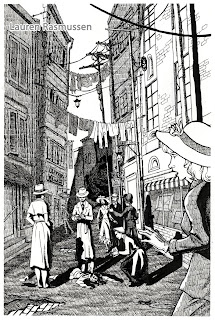 yup. ink of the drawing put up a few days ago. took approximately 12 hours to ink, not too bad. and next, we get to WATERCOLOR it. RUN AND HIDE!!!!!

(PS- if you're the sort of person who likes easter eggs, note "oliver wallace" and K. C. Slide" on the two visible shop signs. i will be eternally impressed if anyone can tell me what those refer to.) ^___^
Posted by Lauren Sparks at 10:57 PM No comments: 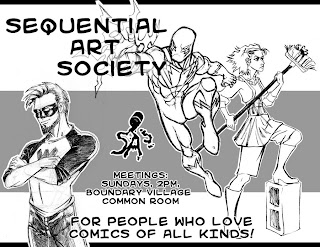 poster for the sequential art society! if you've been following along, you'll recognise the arachnid slayer by me on the right. the lightning man in the middle is drawn by my friend Samir, and Wonderboy (Dave Wheeler's character) on the left drawn by my Matt. woot woot!

once I get permission from mine presidente these should be up all over the campus. hooray!
Posted by Lauren Sparks at 6:53 PM No comments: 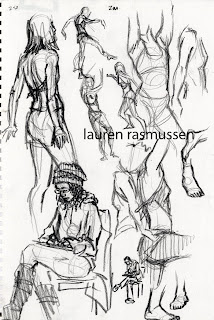 just one page from sketch club.... two weeks ago. because I am lame. the drawings on this page are mostly good though.
Posted by Lauren Sparks at 6:44 PM No comments: 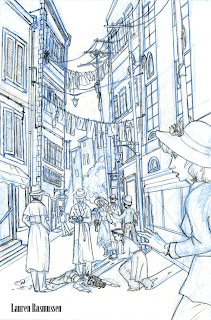 yeah, another infamous Norris project: pick a scene!
a vampire with the staked body of her lover and a mob coming to get her too?
a teenage couple in a car, doing... whatever outside of one of their houses, and that person's parents looking into the car?
or two detectives standing over a murdered corpse in a city as a crowd starts to gather?

yeah, i picked the last one. made the time period the 40s, because I can. someone else did this scene in the Elizabethan era and some woman got stabbed with a rapier and had a note pinned through it. deliciously creepy. :) anyway, this is the pencils; inks are due next monday.

here it is without the blueline if you'd like to see it that way: 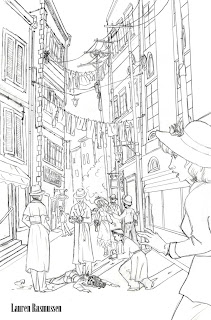 These are projects from Lyle’s class, the best up to midterm! I’ll put them in order.

Figures on a horizon line- these are all out of my head, with some help from Andrew Loomis. Some foreshortening problems but it's still ok. 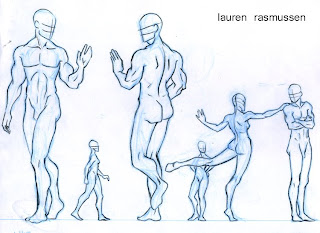 Next are some generic faces- we had to do 12 for the project but these two are the best I think. Based on other students that I did quick sketches of in sketch club :) 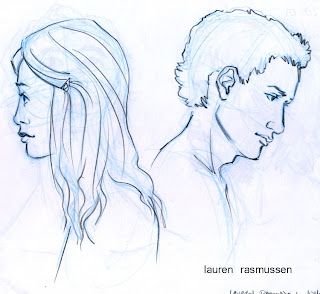 After that we had to do 12 different facial expressions of the same character, with only a couple photo references. Here’s the two photos I used (my friend sarah): 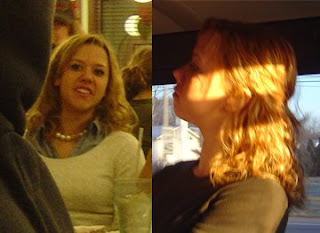 And here’s all the expressions. woot woot :) I do like these. 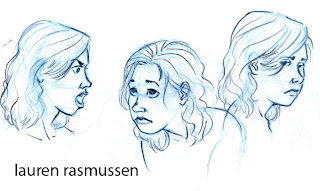 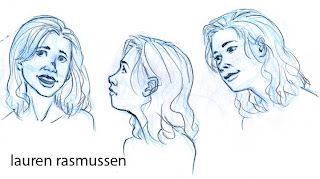 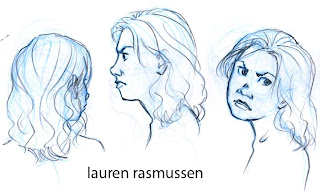 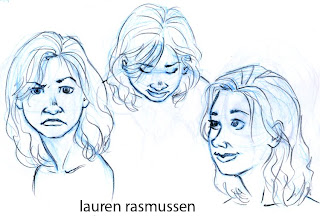 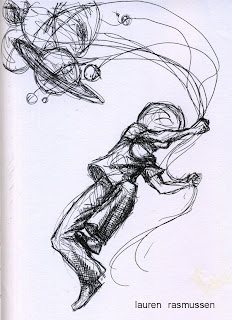 quick sketch... to do with my idea for Walk the Moon's next album packaging... more sketches later :)

here's their Myspace page ^_^
Posted by Lauren Sparks at 3:11 PM No comments:


This is from Dove’s class a couple weeks ago, one of the classic assignments: pick story elements and combine them into a spread. I picked: rodeo clowns, horse and buggy, ambulance and Savannah, GA. evidently we were supposed to ink this; I missed the memo. But I still like it.
Posted by Lauren Sparks at 2:59 PM 2 comments:

no, not that idiotic website with the annoying banner ads. 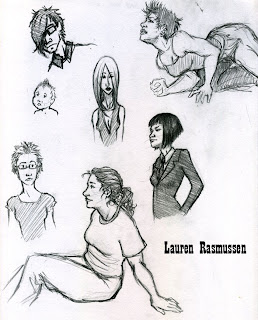 these are all out of my head. i need to draw more guys. ironically it was the guy, top left that I drew first. but then all these girls. i guess they're just easier or something. I'd like to color these sometime. 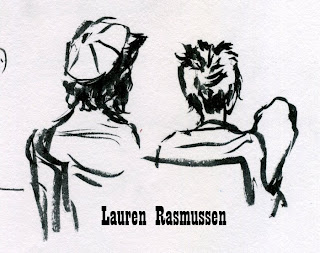 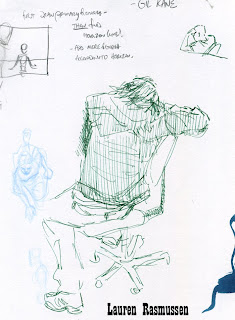 people in class. i know they're not really anything awesome, but I like them a lot somehow....
Posted by Lauren Sparks at 7:08 PM No comments:

more from sketch club, more faces to add to my collection. :) yes, i collect faces.

DRAWINGS of them, you violent imagination-types. harhar. 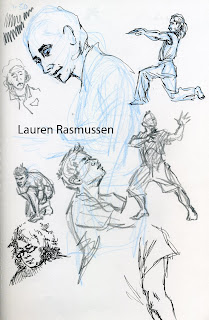 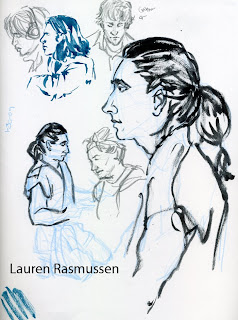 Posted by Lauren Sparks at 6:20 PM No comments: