OK, you're right, the cat comics are kind of a filler. That's because you all probably would not be too keen on me posting a 35-page script up here. 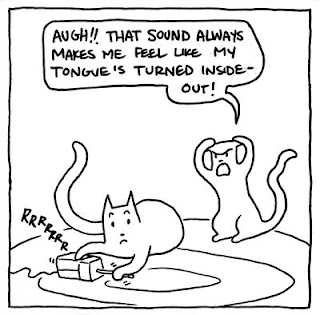 Today's strip is brought to you by Mark Kneece.
Posted by Lauren Sparks at 6:27 AM No comments:

Okaaaay, Tyler said I could post this, so I WILL. This is one of my background paintings for the film Rain Dance by Nate Swinehart. It's my favorite one so far! I'm actually working on my LAST ONE for the film currently! OOOOH SO EXCITED!!!!! :D You can view the animatic for the film HERE. 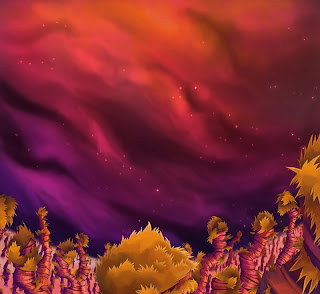 Lest anyone think I've died, A POST. A lot has happened since May 20! A sort of brief sum-up (which will probably explain my lack of time for updates lately):

Since May 20, I have become an alumnus of the Savannah College of Art and Design. Though I have left many friends behind, I am still working on a lot of their projects; currently that includes background paintings for Nate Swinehart's film Rain Dance and concept art for Gary Blackburn's film Elyn and the Pirates of Sunderland. I have moved from Savannah back to Ohio, and have yet to get all the stuff from my apartment in Savannah into my old bedroom. I have also driven to Vermont and back, Oklahoma and back, and Indianapolis and back (twice for that one). I have acquired a job in the marketing department of a good company, and so I spend most of my days pretending to be a graphic designer and learning more about farming and mining equipment than I ever thought I would. This job also happens to be an hour away from my current home, keeping me away from my REAL work for eleven hours out of the day. But I'm still drawing whenever I can - obviously, mostly concerning the two projects mentioned above, but I'm still working on my own comic book series Band Quest! Just a couple days ago I completed the script for book 1; it will be about 71 pages long. And the script for book 2 is currently about 60% done.

And now I should really get to painting, so I'll leave you with these:

Item 1: character concept for what will hopefully be a future animation project directed by me. 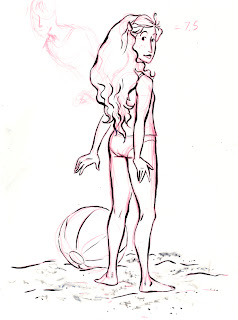 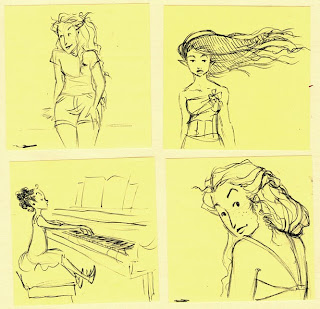 Item 3: one of my concept sketches for The Pirates of Sunderland film. I've only just started, and this is the best sketch so far; there will be many more (and better ones) in the future. 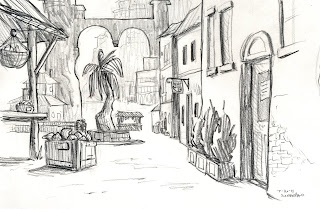