I said I had some album designs coming up - here's the first!  This album was released a few months ago by the local Cincinnati band Public.  (I have some videos of them to upload to my Youtube account...) 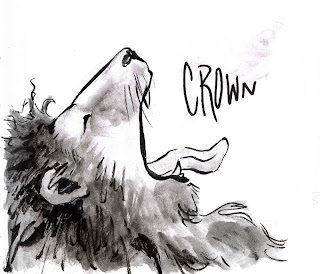 The band used to be named Crown, and this concept was originally created as an idea for a T-shirt design.  They went with another idea, but still liked this one... 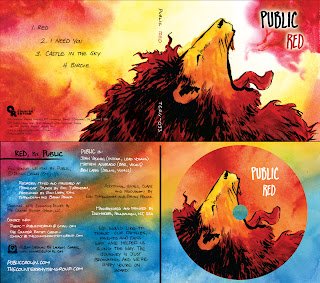 And ended up using it on the cover of their first EP.
I created the imagery for the album in watercolor, and composited the images together digitally for flexibility (Loin on one layer, Lion's background on another layer,  a couple different versions of the inside cover which were combined, etc.)

Here's the outside cover without the text (all of which was hand-written): 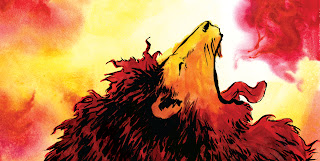 And here's my autographed copy of the final album.  BE JEALOUS.  :) 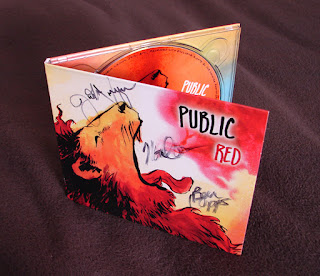 There have been a couple album designs now in which the musicians have asked that I hand-write their text.  I can't help but  be amused to see my own handwriting both in comics and on stacks of CDs. :D

A Sword of Mist and Memory: COVER!

Last year I embarked on a trip to make as many illustrations as I could for the book A Sword of Mist and Memory by Stan Davis.  Now, it finally looks like the ball is rolling to get this thing printed and published online!!

Here is the cover design, in honor of the occasion: 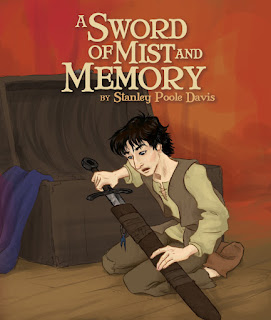 OH MAN!  I completely missed this - the wonderful Tyler Kupferer of Base14 posted the trailer for a film that I painted backgrounds for!  (Holee cow, was that a whole year ago??)

Check out this sweet sneaky peek at Rain Dance:

Rain Dance - Teaser Trailer from Base14 on Vimeo.
Posted by Lauren Sparks at 6:56 PM No comments: