A collection of artist trading cards completed at SPACE 2017 this past weekend!  Two were Pokemon portraits, which I readily enjoyed due to both children requesting food items to be included. ;D 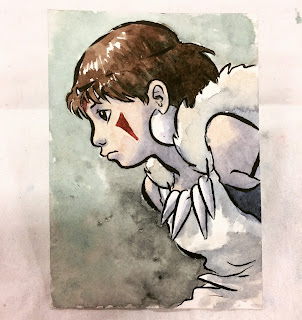 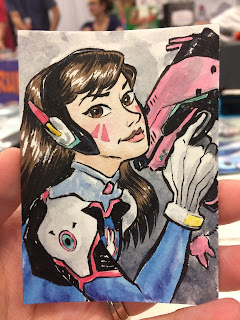 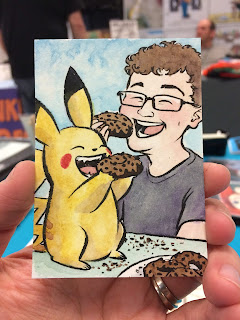 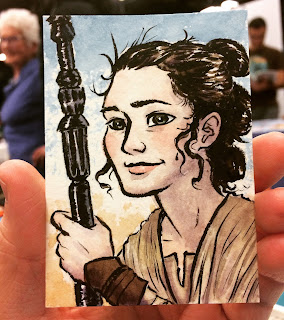 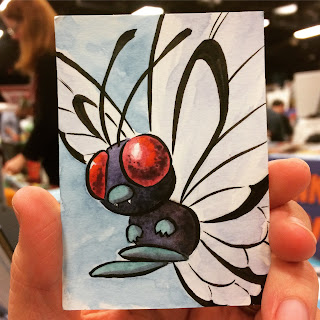 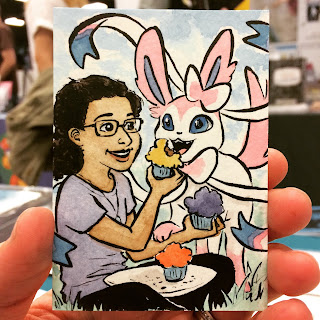 Posted by Lauren Sparks at 7:47 PM No comments:

Cats Talking Words is back today! :D  My webcomic (which has been on hiatus since last May due to moving house) will update on Sunday and Thursday nights.  Our new old house still has part of a wall ripped out, and no art yet hung up (I haven't yet worked up the nerve to put nails into our ancient plaster walls), but it's time for this comic to start up again.  It feels good to get something done. :)

Speaking of getting things done, I re-printed many of my minicomics in the lead-up to SPACE this past weekend - including a new Cats Talking Words minicomic collecting the first 46!  As I already have over 200 made, it won't be difficult to make a second collection next spring, haha.  Other minicomics/other books reprinted include:

And a new compilation of sketchbook portraits, called "Collecting Faces" (very creative title).  I had all of these with me at SPACE over the weekend, and also will have them at Gem City ComiCon and Indiana ComiCon in the coming weeks.  Woot woot!

A few of the newly printed and bound minis: 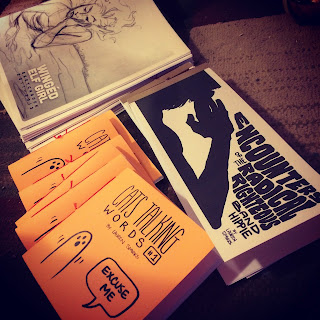 Posted by Lauren Sparks at 8:30 PM No comments:

I made the "Kid-Friendly Comics" sign for this year's SPACE!  Was thinking of a couple kids I know who enjoy reading while I was drawing. :) 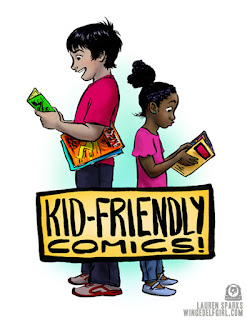 Posted by Lauren Sparks at 7:06 PM No comments: