Yaaaaaay, animation! Never did get to record Zelda yelling for when he falls into the thorns. oh well, still good. :)

Happy Thanksgiving, one and all! I will be spending mine in Chicago with my relatives and wonderful fiancee. WOOHOO TURKEY
Posted by Lauren Sparks at 11:45 PM No comments:

Hey Internet-types. more than a year ago I began working on a story called Sounds of Earth, which would be a graphic novel. In my comic book scripting class, I decided to use this story for my submissions packet to send to publishing companies. (I may be posting the submissions packet on here in its entirety at some point).

SO. First of all, Bill Plympton drew his dog in my sketchbook: 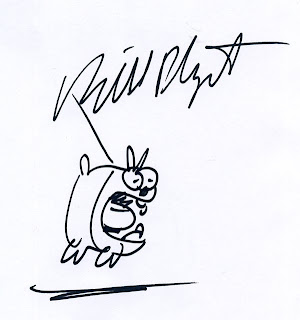 So now this sketchbook is even more priceless than before. WOOHOO!!!

ANYway, Sounds of Earth. In a very short summary, the plot concerns Helix Ramchanda and his dealing with invading aliens and a certain adorable community theater actress named Rae.

Here is a concept drawing that went with the submissions packet. 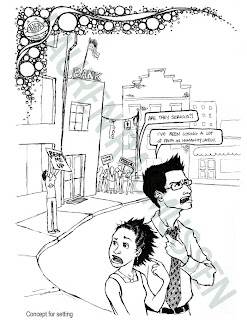 And here are the main character sketches (all with their lovely submissions packet heading). some of the names have changed as the story has evolved, but they're still pretty much the same people. 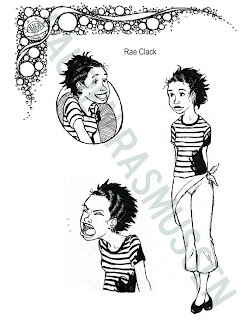 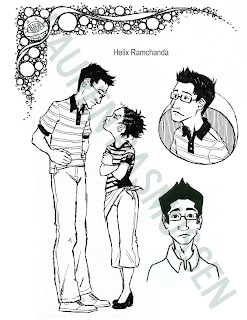 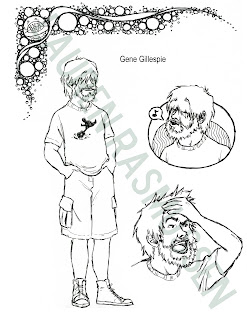 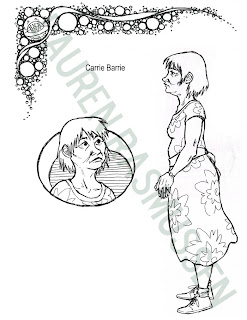 I've gone back through and found the few posts here that deal with the work I did on this story a year ago and tagged them "sounds of earth graphic novel". I'll need to do even more sample work for it to send it to other companies, but hopefully someone funds me for it!!! *crosses fingers*
Posted by Lauren Sparks at 3:35 PM No comments:

pluggin' along. (I do tight boards. less work later.) 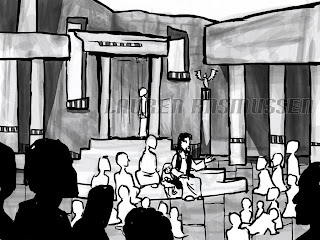 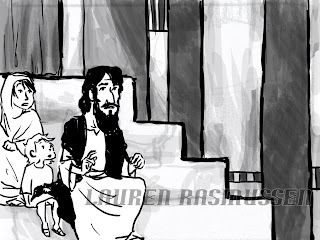 the 'picking up a fruit' animation is completely finished! all that's left will be compositing, which Jacques will show how to do on Monday.

by the bye, Jars of Clay's album The Long Fall Back to Earth is darn good.
Posted by Lauren Sparks at 4:48 PM No comments:

because there IS progress

whoooeeee.. THE END IS COMING!!!! here's some rough/cleaned up animation from 2D production.

Posted by Lauren Sparks at 1:48 PM No comments: