Gol-dang, January's almost over! Did it go super-fast for anyone else? o____o

So anyway, here's a cool chick I drew in my sketchbook for Larison's class. I like her. I'll have to finish her sometime when I'm not going nuts. 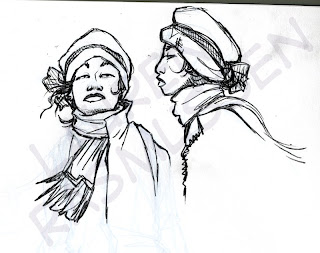 sometimes those kind of days happen.

(test animation in flash CS4.)
Posted by Lauren Sparks at 3:36 PM No comments: 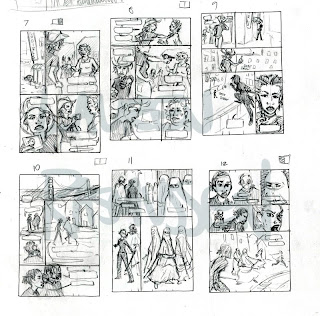 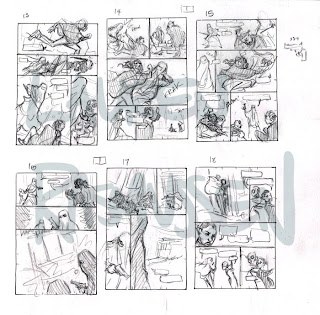 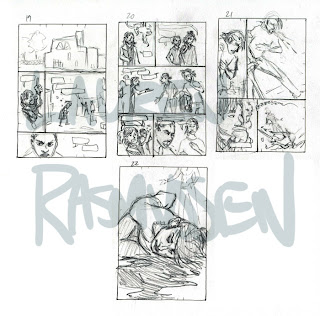 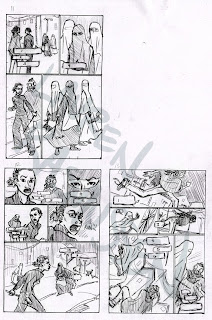 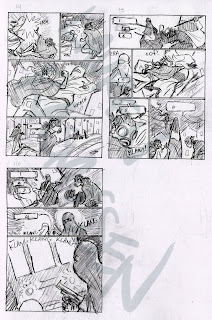 Why for lack of updates? it's Troy's fault. (Larison's fault too.) specifically:


yeah. flaming death.
Posted by Lauren Sparks at 8:50 AM No comments:

most of the film will actually be in grayscale. would do black-and-white textures only, if they weren't such a royal pain. I think grayscale will work well.

Thought I'd show a bit of process from my visual storytelling class.

Start with a script and one pass of thumbnails (2"x3"):

get some critique from classmates; do a second pass of thumbnails: 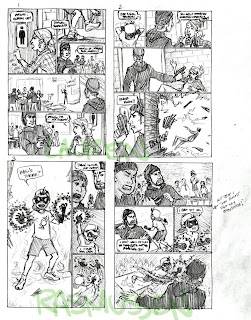 oh and this is a script for the character Static Shock. I've never read those comics and only saw like half an episode in high school. Larison said to redesign all the characters, so that was pretty easy for me. :) hm, now that I've actually looked him up, he looks pretty awesome... might have to pick up one of those comics.... 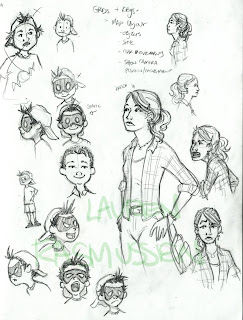 Posted by Lauren Sparks at 8:32 AM No comments: 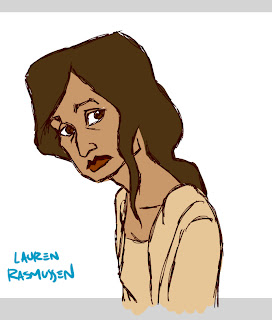 .......this took about 7 minutes. just for the final frame; that's not counting all the rough stuff underneath. I don't know if I can do this 900 times by next December.

yeah, so here's the first post of the new decade: 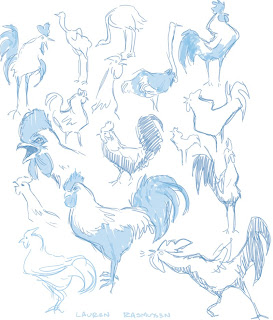 yup. CHICKENS. roosters, actually. and a couple ostriches. this actually in a roundabout way has to do with my senior film, which has no actual roosters in it. yet.